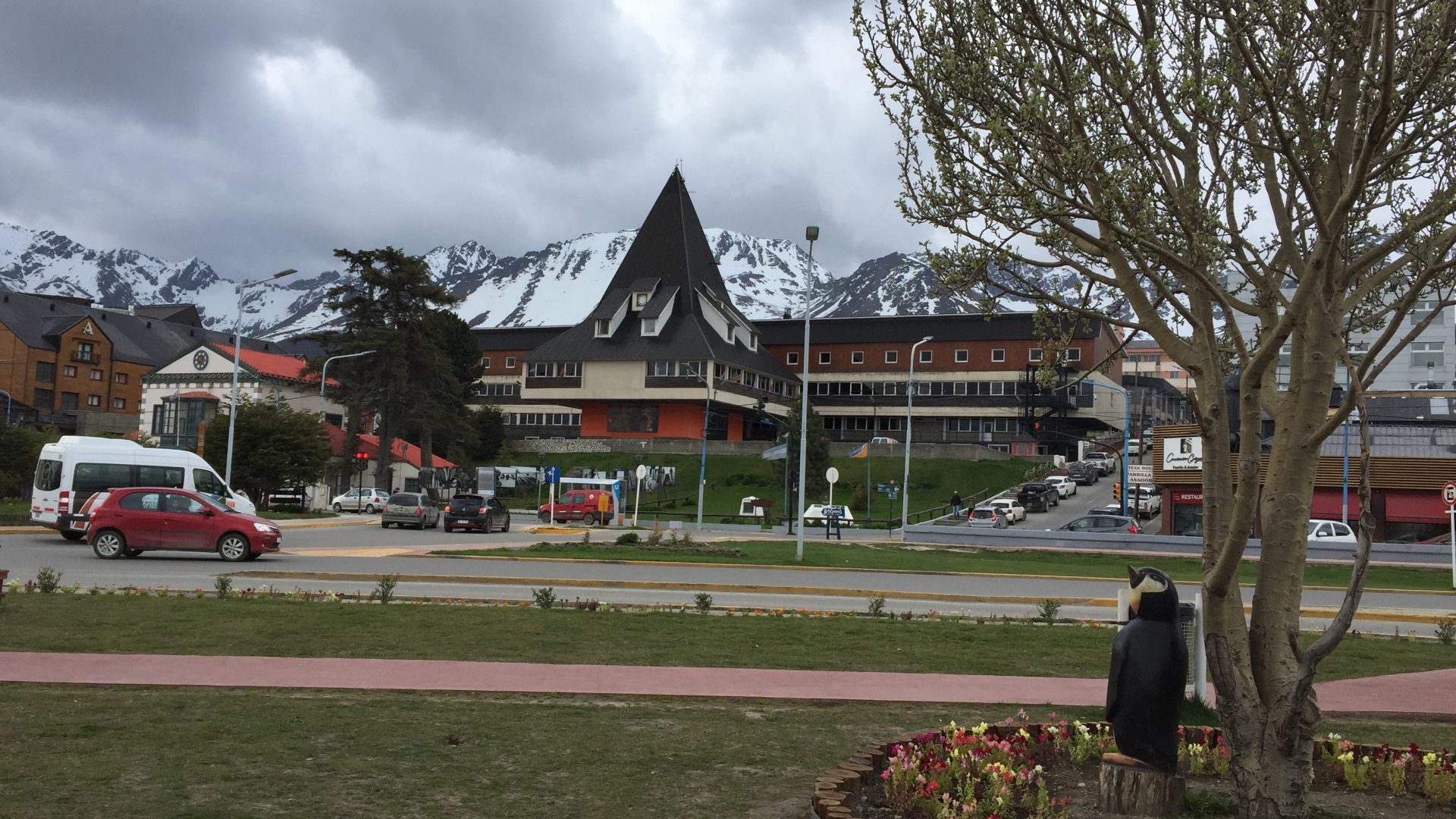 There you have it, the “End of the World” Ushuaia, the capital city of Tierra del Fuego (Land of Fire), as named by Magellan, when he saw the smoke coming out of the fires lit by the natives.
Ushuaia, that’s it, that southernmost point on the South American continent, on the shores of the Beagle Channel and surrounded by the Martial Glacier Mounts.

However, the history of Tren del Fin del Mundo is not that nostalgic. It replicates the train which served an old prison built here in 1896. The little train was essential to the construction of the prison and to ensure the supply of wood for heating and cooking. For long, Ushuaia was used by the Argentina government as a penal colony, with prisoners, both criminal and political, living here in the most atrocious conditions. For them, it was the end of the world, indeed. The penal colony was closed in 1947 only. In 1994, a more comfortable version of the train began services, but now just for tourist purposes and in memory of its dreadful past.

Ushuaia, Tierra del Fuego, Puerto Natales, Punta Arenas, Puerto Madryn, El Calafate… those are names that will for ever bring you unavoidable feelings of nostalgia.

Shared by both Argentina and Chile, carrying behind a long history of isolation, of harsh survival, of mythologies and adventure, Patagonia is perhaps a bewitched land, with its sparse villages looking as lost and desolated as that “End of the World” where they once were believed to be

About Chatwin:
I read his book once before going to Patagonia.
I read his book twice since I’m back.
I don’t know if I will dare to read it again.
If I do, it can happen that you receive an SMS from me: “Have gone to the End of the World”.
Don’t ask me why.